A customer contacted BPI Labs and indicated interest in a having a domestic supplier of diaper rash cream, also known as a barrier cream. The customer had been purchasing a variety of barrier cream brands, and most were sourced from Asia.  BPI will often ask clients to send a sample product with roughly the same specifications as the kind of product they would like developed so that the laboratory can replicate a customer’s preferred product qualities and reduce development time. In this case, BPI’s client submitted a product developed by an Asian company for BPI’s review.

After studying the sample our customer sent to us, BPI learned that the petrolatum contained in this sample barrier cream could not be purchased domestically for less than the finished Asian sourced product.  This would mean that BPI Labs’ cost for just a single ingredient found commonly in barrier creams would cost more than the foreign sourced product even after it had been packaged in tubes and shipped to America.  But, this is where the story gets interesting.

But, this is where the story gets interesting.

These barrier cream formulations are a low-technology composition containing mostly petrolatum with dispersed zinc oxide.  The zinc oxide in barrier creams is the active ingredient responsible for the product’s efficacy in its application to the body.  The petrolatum is used primarily for the suspension and delivery of the active ingredient, which results in the product having similar performance characteristics with any other petroleum jelly.  Incidentally, the amount of zinc contained within the sample barrier cream we were provided was not indicated on the outside of the packaging of the current supplier’s product, despite the barrier cream being an over-the-counter drug.

Knowing petrolatum wouldn’t be a usable ingredient, BPI Labs turned to using a combination of cosmetic technologies to substitute the expensive petrolatum with water.  This had the effect of reducing the cost of our barrier cream formulation to something competitive with foreign sourced diaper rash creams, and we were able to do this while increasing the amount of active ingredient, zinc oxide, within the formulation to levels higher than the foreign sourced product. In the end, our formulation had none of the greasy and messy tactile feel consistent with petrolatum based products, and we were able to improve the efficacy of our formulation above that of the foreign competitors.

Our customer not only found a domestic supplier, but they also received a superior performing product that was competitively priced.  The consumer response, we learned from our customer, was overwhelmingly positive when compared with the Asian sourced products, and our customer has requested no changes or updates to the formula since its approval.

Here are some related guides and posts that you might enjoy next. 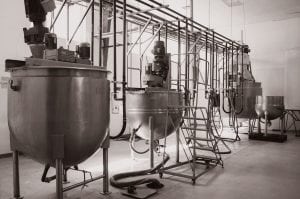 A customer with a failing manufacturing relationship, stock outages, and a life threatening illness comes to BPI for help.

BPI’s clients commonly come from another distressed manufacturing relationship. See how we make it smooth.

Curious About The Details?

Download a copy of our process infographic to see all the steps of your product development.